Not Sure of the Quality of Indian Generics? Ask the Manufacturers Directly

India strongly rejects U.S. accusations that the country was the main source of counterfeit medicines in the world, and called them an attack on low-cost generic drugs, which were essential to ensuring access to healthcare.

In the US Special report, India and China were named the main sources of fake drugs in the world. In addition, 20 percent of the drugs on the domestic Indian market were called fake.

Indian manufacturers strongly disagree with such statements. They do not understand either the genesis of the report or the methodology used by the compilers. They consider this publication as an attempt to counter the production of cheap generics and the prosperity of the Indian pharmaceutical industry, which has become a global pharmacy, as reported by the head of the Department of Health and Family Welfare of the Government of India. 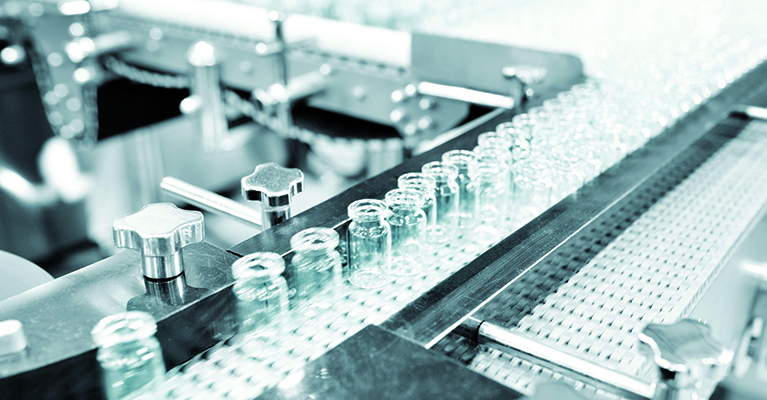 The US Special report covers the annual review of the status of protection and enforcement of intellectual property rights by U.S. trading partners around the world, again placed India on the priority watch list for intellectual property rights violations. They report India as one of the main sources of counterfeit drugs distributed around the world. It is proclaimed that although it is impossible to determine the exact figure, studies have shown that up to 15% of drugs sold in the Indian market are fake and can pose a serious threat to the health and safety of patients. It is also stated that India exports counterfeit medicines to Africa, Canada, the Caribbean, the EU, South America and the USA.

Indian manufacturers, in turn, claim that despite the low cost, these drugs are of high quality and account for 70% of the total Indian pharmaceutical exports. India is presented in the report as a country that does not meet the criteria of patentability and compulsory licensing. While drug prices are rising, this report undermines efforts to make drugs more affordable domestically. Their desire for greater protection and enforcement of intellectual property policies will help maintain high drug prices worldwide and make life-saving drugs inaccessible to people in developing countries.

Indian generics hinder Abbott business. What does it mean for shares?

One of the largest pharmaceutical giants in the United States reported for the fourth quarter of 2018. Abbott Laboratories’ profit and revenue were below Wall Street expectations, as well as the 2019 forecast. Shares fell in price.

Drug and baby food maker Abbott Laboratories disappointed investors with its past quarter results. The profit and revenue of the American company did not live up to Wall Street’s expectations. The reason for this is a drop in generics sales in emerging markets such as India and China, as well as a stronger dollar.

Sales of the pharmaceutical division in the fourth quarter of last year fell by 5% to $ 1,1 billion, while analysts predicted $ 1,17 billion. At the same time, sales of medical equipment in the segment of 7% exceeded expectations, which offset the decline in revenue in the pharmaceutical business.

As a result, the corporation’s total sales grew by 2%, to $ 7 billion. However, the pharmaceutical giant failed to meet the Wall Street expectations, as analysts aimed at a total figure of $ 7,9 billion. Abbott’s net profit in the fourth quarter was $ 655 million. The company managed to get significant profit after significant losses a year ago, in the corresponding quarter of 2017. Then the losses of the pharmacist amounted to $ 828 million due to the fact that the write-off in the amount of $ 1.4 billion was reflected in the balance sheet due to the change in the US tax law.

What will happen next?

Sales problems outside the US are obviously not temporary. According to the company itself, the strengthening of the dollar will be an obstacle to profit growth in 2020, since most of its revenue Abbott receives outside the United States.

According to recent forecasts, Abbott expects adjusted earnings in the first quarter of 2020 in the range of $ 0,5- $ 0,51 per share, while analysts forecast it at $ 0,63. Shares of the pharmaceutical corporation for the year went up by 11%. The dynamics of the securities turned out to be stronger than the dynamics of the S&P 500 index, which includes Abbott, since the index over the past year fell by 6,5%. Wall Street expects Abbott to continue growing.

What perspectives should Indian manufacturers expect?

Indian pharmaceutical companies are in a good position to take advantage of the fact that the patents of several blockbuster drugs will expire in the next few years. Indian companies not only have the approval of the US Food and Drug Administration, but are also armed with a strong and cost-effective manufacturing ecosystem. Indian generic producers can expect huge profits as the US, the world’s largest pharmaceutical market, is increasingly turning to generics to take the burden off the health budget and new drug supplies to the United States are depleting as the US Food and Drug Administration is becoming increasingly more and more careful in issuing approvals.

Moreover, after the economic downturn, global companies are switching to cost-cutting strategies to increase profits. They are looking for ways to develop drugs at lower prices through outsourcing and transferring research contracts, which will give impetus to the development of cost-effective clinical research and production in India. In addition to exports, with increasing income levels of India’s growing middle class, domestic drug consumption is expected to increase, according to Biosyncpharma.com. Thus, Indian pharmaceutical companies can expect a significant jump in growth.

There will be more generic partnerships and associations, such as between Pfizer and Aurobindo, Claris and Strides, as well as GlaxoSmithKline and Dr Reddy’s Laboratories. International companies will unlikely create their own research facilities or enterprises in India for the production of generics, because they already have a marketing infrastructure that they can use to expand their sales of generics. Emerging markets such as India undoubtedly present tremendous opportunities for generics that attract international companies. Partnership with Indian companies is beneficial for both parties and will allow international companies to take a cost-effective position through the existing marketing network.

Indian pharmaceutical exports will reach new heights in the next few years. The companies already have a strong niche in the US market, the largest pharmaceutical market in the world, as well as in several European markets. In recent years, pharmaceutical exports have grown significantly. In addition, Indian companies and their subsidiaries have received approval of several applications for a shortened registration of a drug in the United States.

While international companies are building partnerships with Indian companies in the domestic market, Indian companies will continue to expand their global presence through mergers and acquisitions. These acquisitions are not transformational; they add strategic opportunities helping to seize intellectual property or gain access to marketing and sales networks.